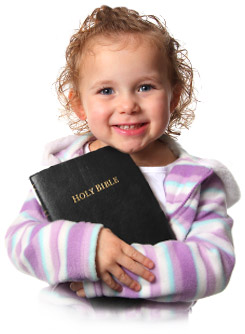 Celebrate the Book that has Changed the World. 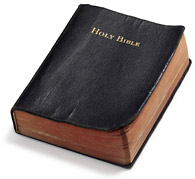 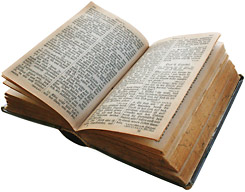 
Quotes about the King James Bible

"That book [King James Bible], sir, is the rock upon which our republic rests."


"The King James Version is a Magna Carta for the Poor and Oppressed: the most democratic book in the world."


"Indeed, it is an incontrovertible fact that all the complex and horrendous questions confronting us at home and worldwide have their answer in that single book [King James Bible]."


"The scholars who produced this masterpiece [King James Bible] are mostly unknown and unremembered. But they forged an enduring link, literary and religious, between the English-speaking people of the world."


"There is no doubt in my mind that the King James Bible not Shakespeare set this language on its path to become a universal language on a scale unprecedented before or since."


"The King James Bible is a cornerstone of our culture and our language. Whatever our faith, whatever we believe, we have to recognise that the rhetorical power of this book, and in particular its power to fuse history with poetry, connects at the most fundamental level with our own history and poetry."


"The translation was extraordinarily well done because to the translators what they were translating was not merely a curious collection of ancient books written by different authors in different stages of culture, but the word of God divinely revealed through His chosen and expressly inspired scribes. In this conviction they carried out their work with boundless reverence and care and achieved a beautifully artistic result...they made a translation so magnificent that to this day the common human Britisher or citizen of the United States of North America accepts and worships it as a single book by a single author, the book being the Book of Books and the author being God."


"Over the past several centuries it's been the single book in most households, an enormous force in shaping the development of the English language. Carried around the world by missionaries, it provided the base by which English is about to become the lingua franca of the world in the next century. Exploring it during this shoot [Ten Commandments] was one of the most rewarding creative experiences of my life." 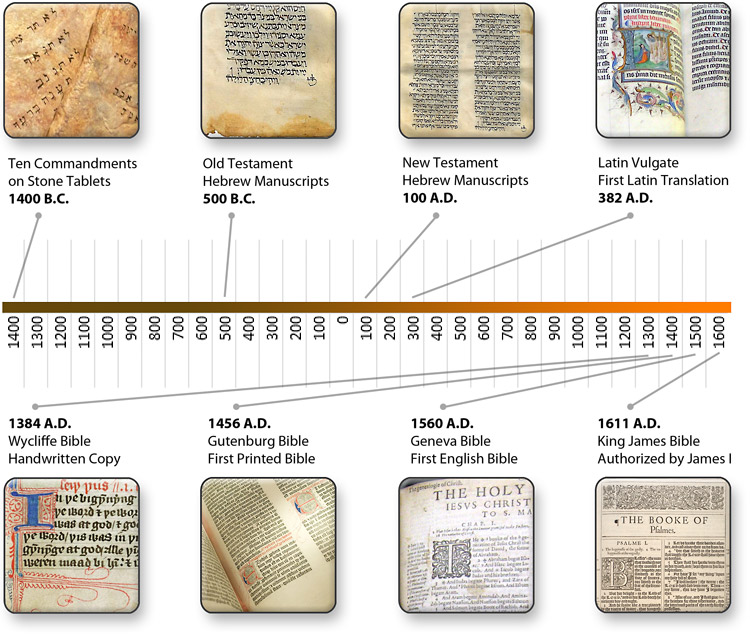 Bible translation timeline of key accomplishments. See Media and Press Kit to download in high resolution or as an editable, layered Photoshop file. Usage is permitted with a live link to: www.kingjamesbible.me

Learn more about the 400th Anniversary...

Read the about the King James Bible English Spelling...

View the Media and Press Kit for the 400th Anniversary...